Why British Muslims should wear a Poppy? 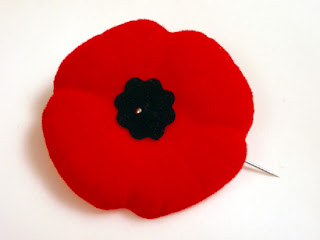 War is the greatest injustice mankind can inflict on itself. Unfortunately, not a day has passed for centuries when somewhere and somehow one nation was not at war with the other. It appears that war is a natural state of being for our species. And as we are still learning to attain peace in our world, we sometimes have to take sides in such wars. Especially when our country, nation or way of life is under threat. It also becomes necessary to use moral judgement when taking sides in war. For example, one must not initiate a conflict or show aggression without a just cause. A just cause according to the principles of Islam is to defend one’s life, property, territory and freedom.

90 years ago, the Royal British Legion started to commemorate the war dead of the WW1. The poppy appeal, which collects funds to support war veterans and serving personnel of the British armed forces is in the noble tradition of being grateful for the “sacrifices of a few”. In essence, it is a very Islamic idea fulfilling our duties to be charitable, thankful and loyal to our country.

Many British Muslims do not feel obliged to participate in the appeal. One reason for this could be the fact that NATO contributes to so much misery in the Islamic world. I do not disagree with this criticism of our opportunistic foreign policy based on greed and make-belief sense of moral duty. But Poppy appeal is not to support our politicians or their allies in Brussels and Washington. This fund is to pay our respect to the courage which saved our country and the countries of our fathers twice. These red plastic flowers are not to show the world who was the victor; but to show that we respect our soldiers who risk their life and limb to serve our country. If these poppies are to be taken as a symbol of something more than this, then these are a symbol of defiance against aggression and totalitarian and fascist ideologies.

British Muslims should wear the poppy with pride to show their non-Muslim countrymen that close to 80,000 Muslim soldiers laid down their lives in both world wars. These soldiers were all volunteers who left their homeland to fight in the battlefields of Europe and Africa and died along with their comrades from the commonwealth.

We should wear the poppy with a renewed sense of duty to remind our fellow countrymen about the idea of sacrifice. That one must look for ways to contribute to the peace we have in today’s Britain.

We should wear the poppy with a feeling of gratitude for all the freedoms we have in this country. Freedom to worship, practice and preach our faith; and live without the fear of persecution and discrimination.

We should wear the poppy with a prayer for peace. Ameen