Drawing Pictures: Since when has it become offensive? 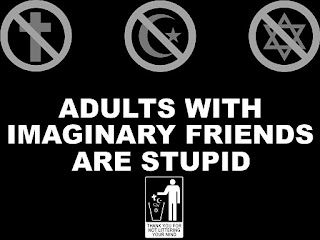 Over the last many decades, a large majority of the western Christian world has in practice stopped being Christian, thus reactions to insults and blasphemies have dimmed down to solitary voices here and there. Atheism is the fashion. No one wants to declare openly that they revere a person or deity because of their religious faith.


But this is not a question of existence of God. The question here is.. Can you force a group of people to change their values that you do not agree with? Aggressive atheists these days are happy to shout at every forum how religion has caused intolerance and bigotry in the society. But here is a test case.. UCL's atheist society publishing cartoons of Jesus and Muhammad (peace be upon them) and expecting this to go unnoticed!

Muslims do not draw human form; they do not build statues for religious purposes. Yes, there are Muslim artists who paint and draw human form, and there is nothing wrong with it. But this has to be kept strictly outside of religious sphere because of the express command of the founder of Islam (peace be upon him). This is a strong value that all practicing Muslims adhere to. No pictures are to be found in any Mosque around the world. A Billion Muslims hold this belief which safeguards the monotheistic basis of Islam. Yet a handful of atheists think that drawing a picture of Muhammad (peace be upon him) for whatever reason should be acceptable?

Atheists, born and brought up in the West (or influenced by European values) may think that drawing pictures is what humans have always done. What is wrong with that? European art galleries are full of depictions of religious figures on canvas and in stone and in metal. But Islam is not a European faith. Neither was Christianity. Regardless of what Greek and Roman art did to Christianity, Islam has not “traded in” its values for the sake of gaining adherents.

This is despite the fact that Islamic scholars re-discovered Greek philosophy and had decades of conflict with the Romans. Usually such interactions results in softening of certain closely held values, and they did. Early rationalist movement in Islam (Mu’tazillites) had deep roots in Greek logic. Yet, no Muslim ever thought of painting or sculpting a Holy figure or a saint. Enough proof that depiction of religious figures was an absolute taboo for Muslims.There are some very rare depictions of Holy personalities in Iranian Shia culture, but it has never been accepted by the wider Muslim world. Those paintings in which the prophet has been depicted can only be described as only limited to a particular era and was largely unknown by the Muslim majority. Most other depictions in Islamic minature arts show the prophet as a halo or a veiled figure.

All reasonable Humanists and Atheists will understand why Muslims take offense when someone tries to depict the Prophet of Islam (peace be upon him). It is because drawing of a picture has never been an Islamic tradition. Yes, it has been a tradition in the conquered lands and Islam has not forbidden artistic representations of human form, but only as a secular art. It has become a Christian tradition, which is why even many Christians do not take offense when Jesus has been mocked at by cartoonists and comedians. People at this atheist society at UCL want practicing Muslims to “tolerate” their attempts at mocking Muslim values? Where is the sense in that?

Why should we not allow BNP and EDL to mock and vilify Islam and Muslims too? What is the difference? And what is wrong with a bit of holocaust denial and some “good-natured” anti-Semitism? Some "fact based" scientific racism.. anyone? Let us accept all this in the name of tolerance!! Updated: 28Jan2014
Posted by Lutf at 4:06 PM